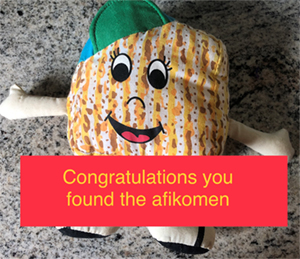 Jacob (Jack) Love obtained his BA at the University of Wisconsin in 1972 in History. His senior thesis The Revolt of the Jews Under Trajan 115-117 was awarded Thesis of Distinction. Jack spent a year at the Tel Aviv University (Israel) in Classical History before entering the graduate school of the University of California at Berkeley where he received his MA in Rabbinic Literature in 1976. After completing the MA and receiving Permission to Proceed to the doctorate, Jack spent two years at the Hebrew University (Jerusalem, Israel) and the Hebrew Union College (Cincinnati) in doctoral fellowships.

In 1979 Jack was offered an instructor's position at Lehrhaus Judaica (since renamed HaMaqom) in the San Francisco Bay Area. Intended as a brief interruption in his academic career. The position blossomed into a full-time job managing an extensive program of courses in Biblical and Modern Hebrew and Yiddish taught at multiple campuses throughout the region. In 1980 Jack wrote Understanding Classical Hebrew: A Simplified Approach which has been used by over 3,000 students in courses at Lehrhaus accredited by the University of Judaism (Los Angeles) and 150 students at the University of Tennessee.

In 1988 Jack relocated with his family to Ann Arbor, Michigan and began an alternate career as a computer programmer and later manager of one of the computing centers of the University of Michigan. During this period he continued to teach Hebrew and Jewish studies at Kehillat Israel and Shaarey Tzedek congregations (Lansing, Michigan) and Beth Israel Congregation (Ann Arbor).

Jack retired from the University of Michigan in 2010 and relocated to Knoxville in 2011. In 2012, he joined the faculty of the Department of Religious Studies and the Program in Judaic Studies where he has regularly taught beginning and intermediate Biblical Hebrew as well as occasional courses including Introduction to Judaism, Introduction to the Hebrew Bible in English, and Jewish Music.